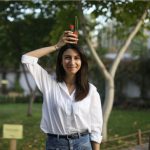 Toy company Hasbro has a long history of creating TV episodes to market its brands—among them My Little Pony. This year, the team followed its audience and created its first digital-only YouTube series to launch a brand. Hasbro’s SVP of Global Digital Marketing Victor Lee shares the scoop.

We took a big step this year at Hasbro. We broke out of our old branding mold and brought our new lifestyle brand, Hanazuki, to life digitally on our YouTube channel instead of on TV.

Why? It was time to get with the times. These days brands can’t tell consumers, “To engage with our brand, you need to be in your living room, watching TV, on Monday at 2:00 p.m.” Today people watch what they want, whenever they want. There’s no relevant daypart anymore when people tune in any part of the day. So as brands, we have to be consistently present—and let people binge-watch and engage further if they’d like.

To launch our new Hanazuki brand, we created a video content series called “Hanazuki: Full of Treasures” and published it with premium placement on the YouTube Kids app. Then, we used TrueView campaigns to connect with parents on the main YouTube app.

Launching a brand digitally without TV was new for us, but it was worth it to be able to make our content always available and to create an ongoing, open dialogue with our viewers.

There were three critical principles guiding our video content and promotion strategy. Here’s how we made it work:

1. Being strategic about content-release timing and volume

Because Hanazuki is a “Moonflower”—a childlike being who dwells on the moon, protecting its creatures from a dark force called the “Big Bad”—we chose to launch the show on the date of the first full moon of the year. That added a touch of extra magic for our viewers. And when new content for the series launches, we make sure it’s timed to a full moon too.

We also chose to release episodes in batches so that viewers could choose how they watched. Some might watch one 11-minute episode and come back later, and others might want to binge-watch several episodes right away.
“Years ago you’d think of making the same ad for every channel—matching luggage. Now you bring the best luggage for the trip you’re going on.”
By publishing enough at one time to satiate the need for going deep with a story—and providing more content at strategically chosen points over the course of the year—we were able to find a content release model that both keeps engagement high and gives viewers anytime access.

Our attention spans are limited, and there are endless distractions in today’s media landscape, so we believe that you must build the story based on the channel and the audience that’s there.

We’ve seen the best results when we tailor content to context. That’s why with Hanazuki, we made sure our ads were made-for-YouTube just like the series itself. This means we designed ad creative around our audience’s specific viewing behaviors on YouTube and used bumper ads, TrueView Discovery, and TrueView in-stream ads to match different viewer contexts.

Years ago, you’d think of making the same ad for every channel—matching luggage. Now you bring the best luggage for the trip you’re going on.

For our YouTube advertising strategy, we looked at engagement KPIs—shares and comments, for example—as a proxy for attention. After test-running our 30-second trailer for Hanazuki on YouTube, we quickly made edits to reflect what our viewers showed interest in based on analytics. We did things like adding more music in certain places. We also optimized by adding CTA overlays and incorporating subtle branding in the first five seconds.

We knew things were going well when our audience would comment, subscribe, and tell their friends about the series. And when we saw fans creating their own content in response, that’s when we really knew something was working.

How bucking tradition got us closer to our audience

Though it was challenging and frankly a little bit scary to launch on YouTube instead of the “traditional” way for the first time, we took a lot away from this campaign—and not just the dates of full moons in 2017. We learned the importance of adjusting to our audience’s viewing behaviors, adapting the story to the channel we’re telling it in, and planning beyond reach for attention and engagement.

But the overarching thread of these learnings is nothing new: the importance of listening to your audience. Because the fact is, brands are no longer telling consumers what brands are. Consumers are telling brands what brands are. It’s our job to use their feedback to inform our strategy and give them a great story to talk about.

The story is taken from Think with Google!

How an Accounting SAAS Company got Qualified Leads with SEO